Dutch may be a struggle to learn but hey, you know a good few Dutch words already. Here’s 10 that have sneaked into the English language.

1. Baas turned into boss. The true origin of the word is a bit blurry but a Dutch ship’s captain was called ‘baas’ in the 17th century, as, presumably, in ‘De baas heeft de Britten weer eens een poepje laten ruiken’, or The boss licked the Brits in another sea battle’.

2. Vrolijk (cheerful, jolly) found its way into English as frolic, a romp. Possibly this reflects the historic  perception of the Dutch as gin-swilling, heavy-footed merry makers. Now the Dutch can be as elegantly vrolijk as the next nationality.

3. Grof (coarse) turned into gruff in English. Is this another character trait attributed to the Dutch? It is called ‘direct’ in today’s speech.

4. Kielhalen became keelhauling, probably because the Dutch liked to do a lot of it. It’s one of many nautical terms the seafaring Dutch contributed to the English language. Baas (boss), sloep (sloop), yacht (yacht), schoener (schooner) and, inevitably, wrak (wreck) are some of them.

5. Kwakzalver was shortened to quack. Have a look at Jan Steen’s version of one in the Rijksmuseum. His paintings provide an interesting peek into the lives of ordinary people in the 17th century. 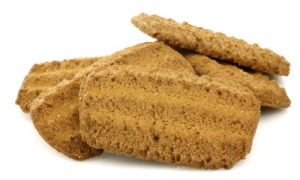 Don’t take more than one

6. Koekje became cookie. ‘Koekje erbij?’, or would you like a cookie with that? was a successful advertisement slogan for Liga biscuits which made fun of the Dutch idea that things don’t get ‘gezelli’ until you are offered a biscuit.

7. Dijk turned into dike. Well, obviously. The Dutch never stopped talking about dikes and the word seeped into the English language through sheer force of usage. 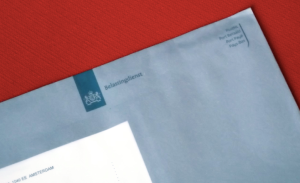 There is no escaping accijns

8. Accijns turned into excise by way of excijs, or tax. A Dutch invention if ever there was one.

9. Droge waere. A middle Dutch phrase meaning ‘dry wares’. This may be the origin of ‘drugs’ (drugs (medication) consisted of herbs) (pronounced ‘druks’ in Dutch as in Hij is aan de druks, he is on drugs)

10. Polder, pomp became polder and pump, another obvious reference to the Dutch obsession with getting that darned water out and keeping it out.

26 thoughts on “Ten Dutch words that made it into English”