The Netherlands isn’t all the big four plus Maastricht and Groningen (although a lot of it is, who are we kidding): have a look at five other Dutch cities that are worth visit. With thanks to Elsevier for the suggestions.

Amersfoort is the true centre of the Netherlands (take that, Utrecht). It has a nice old city centre and you can take a boat ride on the canals. It’s just like Amsterdam really, but quieter and with fewer coffeeshops. The nearby Paleis Soesdijk offers a chance to gawp at the lifestyle of the rich and royal. 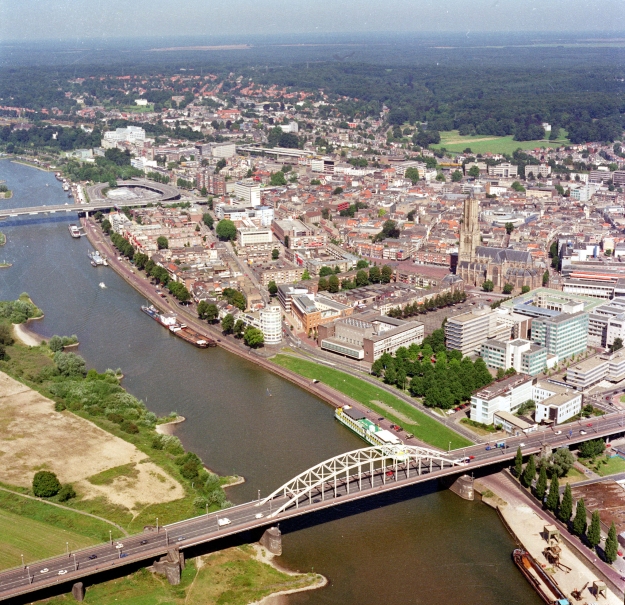 Arnhem is another historic Dutch town: the battle of Arnhem raged here and you can learn all about it at the AirborneMuseum ‘Hartenstein’. Most of Arnhem’s attractions seem to lie on the edge or outside the city but never mind. At the Arnhem Openluchtmuseum you will find ye olde Dutch crafty things and the nearby Veluwe is home to the wonderful Kröller-Müller museum.

If you you’re not the type to drink solidly for three days, then avoid Den Bosch at Carnaval time when it is suddenly called Oeteldonk. Outside of Carnaval Den Bosch still likes to party as the many bars and cafés attest. Climb up the St. Jan Cathedral and you will be rewarded with a great view of the city. Treat yourself to a Bossche Bol, it is the city’s main claim to culinary fame.

Zwolle has canals too

Zwolle has a charming medieval city centre and the lively Oude Vismarkt is full of terraces to while the away the time, especially since there’s not a whole lot else to do.  But not all is old and staid. The city’s classical building has recently received a very modern addition to the Fundatie, the city’s venue for modern art. http://www.vvvzwolle.nl/ (would put photo on this site, Robin). The city also hosts the annual Bevrijdingsfestival.

Nijmegen is a student town so has lots of bars and bars. It claims to be the oldest town in the Netherlands and was the largest Roman settlement in the low countries. Museum Het Valkhof is the place to go to know more of Nijmegen’s long history. The Sanadome is where you should be headed after traipsing around the shops. Its Spa treatments include a goat butter cream wrapping which is just the thing for those of us with very dry skins and no sense of smell.