Since 1920 when cyclist Maurice Peeters won the first Olympic gold medal for the Netherlands, Dutch athletes have been making a decent effort at winning medals and making a name for themselves in the international sporting arena.

A total of 106 gold medals have been awarded to Dutch teams or individuals in 44 Olympic games (winter and summer), mostly in skating, swimming and cycling events … naturally.

This list celebrates the athletes who have been awarded the prestigious gold medal more than once.

Charles Pahud de Mortanges was born in The Hague in 1896.  He was a horse rider who won gold medals for the three-day event in both the 1928 (Amsterdam) and 1932 (Los Angeles) games.

Fanny Blankers-Koen became a role-model for many women after winning four gold medals (one medal as part of a team) in track and field events at the London Olympics in 1948.

The flying Dutchwoman in action

At the time, Fanny was a 30-year-old mother of two, who many believed should be at home caring for her family rather than competing in sporting events.  She was subsequently dubbed ‘the Flying Housewife’ and became a national hero.

Ard Schenk:  a speed skater from North Holland, Schenk started competing in 1964 at the age 20.  Six years later he won gold in the 1500m, 5000m and 10000m races at the Sapporo Winter Olympic games.  Although retiring at the age of 30, Schenk broke 18 world records during the course of his skating career.

Willem Ruska won two gold medals for judo at the 1972 Olympic games held in Munich.  Ruska retired from judo and in 1976 competed as a pro wrestler for the World Wrestling Federation.

Yvonne van Gennip – born in 1964, this Haarlem girl won three gold medals at the 1988 Calgary Winter Olympics.  She is considered to be one of the most successful Dutch all-round speed skaters of our time.

Gianni Romme:  now restricting himself to marathon speed skating, Romme won both the 5000m and 10000m speed skating races at the 1998 Olympic games.

Leontien  Zijlaard-van Moorsel, born 1970 in Boekel, took her first cycling world title in 1990 and remained at the top of the pack until her retirement in 2004.

The peak of her cycling career included winning three gold medals at the 2000 Sydney Olympics and a fourth medal in the 2004 Athens Olympic games.

Jochem Uytdehaage:  became the star of men’s skating in the 2002 Salt Lake City Winter Olympics (5000m and 10000m), breaking world records in the process.  Uytdehaage did not qualify for the following games, and retired his skates at the age of 30 in 2006.

Pieter van den Hoogenband grew up in Geldrop and as a junior swimmer trained with PSV Eindhoven.  Nicknamed ‘the Flying Dutchman’, Pieter won gold medals in 100m and 200m freestyle races at the 2000 and 2004 Olympic games.

Inge de Bruijn is considered by some to be the Netherlands’ most successful Olympian due to her impressive medal tally in the pool – four golds (2000 and 2004 Olympic games), two silver and two bronzes. 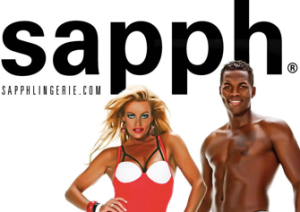 From Olympic gold to advertising underwear

De Bruijn’s expertise in freestyle (50m and 100m) and butterfly (100m) earned her the name “Invincible Inky”.  She has also been the face and body for the Dutch lingerie brand, Sapph.

If we’ve missed anyone out, please let us know.