There are lot of myths about the Netherlands and the Dutch. We’ve decided to debunk 10 of them.

Tulips come from Amsterdam
It’s spring again, I’ll bring again, tulips from Amsterdam. But did tulips originate in Amsterdam, or even the Netherlands? No, they didn’t. The tulip (Tulipa) was originally a native of Turkey. The dainty, pointy-petalled little tulip was introduced to the West in the 16th century.

The Dutch immediately started to mix-and-match like nobody’s business which made them very rich and turned the Netherlands into the home of the tulip. Tulip mania broke out in the 17th century with bulb prices going through the roof, in one instance fetching some 3000 guilders, or the yearly income of a wealthy merchant. The bubble, or bulb, soon burst, of course.

The main tulip growing area is a good few kilometres south of Amsterdam as well. And as for the city’s famous flower market. There were, at last count, two stalls selling flowers and the rest selling tourist tat and bulbs.

The Dutch all vote for Geert Wilders
Well, that’s easy: they don’t. However, the anti-Europe, anti-immigration party leader did manage to get 10.1 % of the national vote in the 2012 general election which means 933,000 people think the blond one is the bee’s knees.  And he’s currently riding even higher in the polls. The PVV would be the biggest party in there was a general election tomorrow – all of the polls seem to agree on that. But even so, eight out of 10 people would not given their vote to Wilders. A fact worth remembering.

He really does exist

The name Hans Brinker got transferred to the anonymous hero, who did not stick his finger in the dyke, and nor did anyone else. However, there is a statue to the mythical boy in Spaarndam, and Amsterdam has a Hans Brinker hotel.

The Dutch all ride bikes
No they don’t. There might be 18 million bikes in the Netherlands….. but according to the Dutch cycling union,  just five million of us make a trip by two-wheeler on a daily basis. And the sale of electric bikes, which are not really bikes at all, is going up. They accounted for 10% of bike purchases last year. And that’s cheating. See also, 10 questions about the Dutch and their bikes.

The Dutch are mean
We don’t know where this idea comes from. Rumour has it the Belgians had something to do with it. The Dutch are not mean – they just  like value for money. 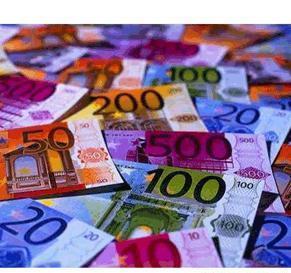 Here are the facts: The Netherlands is one of the five countries which spends at least the UN’s target of gdp on development aid – although this is to be cut by 25% next year. The Dutch (private individuals and companies) donated €4.25b to charity in 2011. This is down on 2010 but still represents more than €25 for every man, woman and child. Seven out of 10 Dutch primary school pupils gets pocket money. The Dutch spend nearly €800m on Sinterklaas and Christmas presents every year and €75m on fireworks at New Year. The list is endless.

The Dutch kill off the old and sick at the drop of a hat
If you think you can get away with offing your wealthy gran in the Netherlands you will find yourself under arrest quicker than you can say ‘mercy killing’. Nor are elderly persons sporting wrist bands saying ‘Do not euthanise me, please’, as one-time US presidential candidate Rick Santorum had it.

The law on euthanasia, which dates form 2002, doesn’t allow euthanasia tourism and doctors who practice euthanasia have to abide by a number of strict rules. In particular, the patient must be suffering unbearably and the doctor must be sure they are making an informed choice. According to the national statistics office, assisted suicide now accounts for 2.8% of all deaths in the Netherlands… or just a few thousand a year.

The Netherlands is a ‘little frog country’
When the Dutch are pleased with a national achievement of some sort – winning a gold medal or coming top in some poll – they always say it is ‘not bad’ for a kleine kikker land. Is the Netherlands a small frog country?

According to UN statistics the Netherlands is the 134th biggest country in the world – out of a total of 249 countries – so it is not that small at all. In terms of population density, it is in 24th place – so even if the Netherlands ain’t that big, it packs in a lot of people. Is it all a swamp? Much of it might have been once, but drainage and land reclamation have put paid to that.

The common frog, not very rare at all

The Dutch are tolerant
A sticky issue this one. The National History Museum says the Dutch reputation for tolerance harks back to the 16th century Dutch Republic different religions were allowed to exist peacefully side by side. Works by Descartes and Spinoza were printed without a murmur largely, the museum intimates, because money could be made from them. However, a year after Descartes died his books were banned, no matter how well they sold.

According to a poll conducted by independent public advertising body SIRE in 2012, 66% of Dutch people think tolerance is ‘a key value’ but that the country has become less tolerant in the last twenty years.

Take tolerance of homosexuality, for example.  A report by the government’s social policy unit SCP earlier this year found although just 4% of people don’t accept homosexuality, 20% don’t think gay and straight people should have equal rights to adopt children. And research by  middle class magazine parenting magazine J/M voor Ouders shows one third of parents would consider it unacceptable if their offspring were gay.

It is perhaps worth pointing out that tolerance does not mean the same as acceptance.

The Dutch all smoke weed all the time
You may be forgiven to think that a nation which tolerates or turns a blind eye to the purchase of cannabis (actually it’s only five grammes or less) must be walking around in a state of perpetual high spirits.

Marijuana underpants are for tourists only

Yep, all those coffee shops in Amsterdam are largely for tourists. 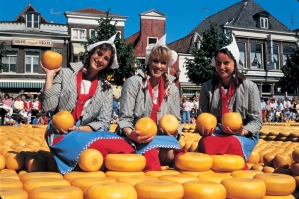 A cheese sporting the name ‘Gouda Holland’ or ‘Edam Holland’ is, however, made in the Netherlands and was given protected status in 2010. It is not, however, made in Gouda or Edam. The name derives from the fact the cheese used to be sold there in the olden days.

We feel we have only scratched the surface of this list. Feel free to join our happy band of mythbusters and add your own.

6 thoughts on “10 myths about the Netherlands – debunked”