It is officially bok beer season in the Netherlands. And there are official rules about these things. PINT (Promotie Informatie Traditioneel Bier), the largest beer association in the Netherlands, sets specific standards for bok beer, including that it must only be for sale between September 21 and December 21 each year.

Boks herald from Germany and were traditionally strong, dark lagers brewed for special occasions. The beer takes its name from the mispronunciation of the city of Einbeck, where the style originated. So popular in the Netherlands, there is even a bok beer festival in Amsterdam every year.

Macro
All of the big Dutch breweries product a bok bier, including Heiken, Gulpener, Hertog Jan, Brand, Amstel, Bavaria and Grolsch. They will all be showing up in your local Albert Heijn, probably alongside the all too early Sinterklaas treats.

Amstel gets in on the autumn act

La Trappe
Officially Brouwerij de Koningshoeven, La Trappe is the biggest and oldest of the Dutch trappist beers. Still produced by monks, they make a bok (but spell it as the Germans do, bock.) You can likely find this one in Albert Heijn as well.

Jopen
Their beers used to be brewed at La Trappe, but now they have a nice brewing space, with tasting room and restaurant, in Haarlem. The Jopen bok is brewed a bit differently than other boks and probably won’t be found in your local grocery. Head down to the brewery instead to try it out and while you’re there, have dinner at the restaurant. 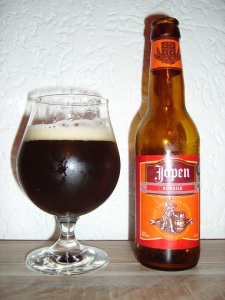 Not an advertising agency pic

‘t IJ
If you want to get a craft bok but don’t want to leave Amsterdam, head over to ‘t Ij for their Ijbok. You can try their bok while sitting in the shadow of a windmill. Bike to the brewery and your experience can’t get more Dutch than that.

SNAB
Their Ijsbok has won a bunch of awards, including Lekkerste Bokbier and a silver medal at the Beer World Cup. The recipe is based on a travelogue from a Dutchman aboard a ship searching for the Northeast passage in 1597. You can watch a movie, Nova Zembla, about the journey while enjoying your beer. 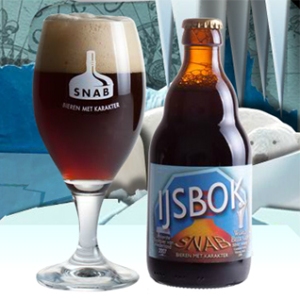 We just love the name, as well as the taste

Emelisse
A visit to the brewery is as good as an excuse to visit Zeeland as any. Their Herfstbock (autumn bok) has an amber color and a chocolate undertone. You can sample it alongside your meal at their restaurant.

Duits & Lauret
It’s a dubbelbock, which more alcohol and that makes it a good beer to end on. The brewery advises you to enjoy the beer alongside a stew. If you’ve sampled a number of boks, you may want to try it alongside a large glass of water.

Pretty posh bok if you ask us!