In time for the Oscars, here a list of the biggest Dutch films at the box office. Two you may recognise from our list of 10 Dutch films you must see.

One of three Paul Verhoeven films in the all time top 10, Turks fruit is based on the novel by Jan Wolkers. This story of how a young man finds the love of his life and then loses her made film stars of Rutger Hauer and Monique van de Ven, partly due to the uninhibited nude scenes. Camerman Jan de Bont, who often worked on Verhoeven’s Dutch films and later moved to Hollywood where he directed films such as Speed and Twister, made the most of the Amsterdam locations.

2 Fanfare (1958): 2,635,178 visitors
Bert Haanstra’s feature film debut, written by the director and the journalist Jan Blokker, is a gentle comedy about the battle between two local marching bands to win a national competition. It features a host of Dutch character actors, but the stars are the canal-lined village of Giethoorn and the music by Jan Mul. He wrote two melodies, one for each band, which eventually merge seamlessly together.

3 Ciske de Rat (1955): 2,432,500 visitors
The original version of the drama based on Piet Bakker’s trilogy was directed by the distinguished German Wolfgang Staudte. It’s the story of a young hooligan left to the not so tender mercies of his mother while his father is away at sea. When she begins destroying his favourite book, he stabs her to death in the ensuring struggle. His only support is his teacher, played by the excellent Kees Brusse. It won the Silver Lion at the Venice Film Festival, was remade in 1984 and turned into a successful musical in 2007. 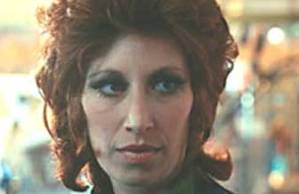 This tough but finally sentimental tale of two Amsterdam prostitutes and their attempt to escape their bleak life caused uproar on its release because of its sex scenes. This was just one of the many controversies raised by the films of director Paul Verhoeven who in 1986 moved to Hollywood to escape the Dutch critics’ accusations of cynicism and pandering to the lowest common denominator of sex and violence. The cast is a who’s who of Dutch actors of the time.

5 Blue movie (1971): 2,334,953 visitors
The first film to reach Dutch cinemas with sex scenes and shots of an erect penis, it was initially refused a certificate by the Dutch film board. The story takes place in one of the then new blocks of flats in the Amsterdam area of the Bijlmer. It’s here that a just-released child sex abuser is housed. He discovers the block is a hotbed of casual sex. Producer Wim Verstappen and director Pim de la Parra made millions from the film which they used to make a series of unsuccessful films. 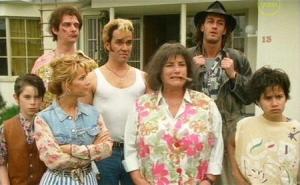 Not your typical Dutch family

The family Flodder, with much-loved actress Nelly Frijda as Ma Flodder, managed to make disfuntionality funny and sympathetic. The Flodders are moved into a house in a wealthy area of town because their social worker wants to prove that a better environment will improve their behaviour. Needless to say, the experiment does not work. Director and writer Dick Maas had already made De lift, the first Dutch film to be bought by a Hollywood distributor for worldwide release. Flodder had two sequels and was also turned into a tv series.

The Gooische women of the title (the nouveau riche who live in Het Gooi, an area just east of Amsterdam) first saw the light of day in a tv series devised by and starring Linda de Mol and reminiscent of the American series Desperate Housewives. The transfer to the big screen came after the fifth and final series. The film attracted so many visitors it entered the box office all-time top 10, knocking out the far superior Soldier of Orange.

8 Keetje Tippel (1975): 1,829,068 visitors
The third Paul Verhoeven film in this list is based on the memoirs of Neel Doff (1858-1942) and was the most expensive Dutch film produced up to that time. It features a strong-willed female character striving to improve her lot. Some of its popularity may be due to the reteaming of Monique van de Ven and Rutger Hauer.

9 Alleman (1963): 1,663,734 visitors
Another Bert Haanstra film, this time a candid camera documentary which observes people’s behaviour with humour and understanding. Perhaps the most famous scene is the one on a beach where people struggle to change into bathing suits with only a large towel to protect their modesty. The film, known in English as The Human Dutch and with narration by Peter Ustinov, was nominated for a Best Documentary Feature Oscar.

Guido Peters directed this remake of the film at number three in this list. Ciske was played by the 14-year-old Danny de Munck who scored a number one hit with the song he sings in the film, and went on to have a successful career in musicals. The sympathetic teacher in this version was played by Dutch stage performer Herman van Veen.