Okay, we have to admit we are struggling with this one. We started out with the best of intentions to produce a riveting list of bright Dutch minds… but we think we have given ourselves an impossible job. So we’d really, really appreciate your suggestions!

1 Desiderius Erasmus Roterodamus
As a priest, theologist, teacher, social critic, and translator of the Bible’s New Testament into Greek, Erasmus (1466-1536) is a most influential scholar who defined the humanist movement in Northern Europe. He was a moderate line player during the religious Reformation, condemning Luther and the new Radicalists while supporting Protestant ideals. His wise words include ‘In the country of the blind, the one-eyed man is king’.

2 Hugo Grotius
Hugo de Groot was born in 1583 as is regarded as the founding father of international law, based on natural law. He was also highly regarded as a philosopher, theologian, poet, playwright, diplomat, statesman and historian. Not bad for someone who died at the age of 62.

3 Baruch Spinoza
Born in a Jewish family in Amsterdam in 1632, Spinoza is considered one of the great rationalists in 17th century philosophy. In his magnum opus Ethica, Spinoza argued that God and Nature are two names for the same reality. 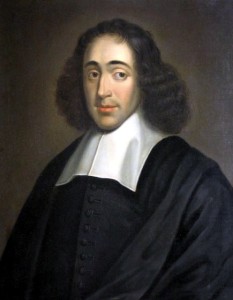 Basically he believed in free thought and free speech. This belief had him excommunicated from Amsterdam’s Talmud Torah Jewish community in 1656 at the age of 23 and his books were placed on the Catholic Church’s list of forbidden reads. He died at the age of 44.

4 Adriaan Koerbagh
Born in 1633 in Amsterdam, Koerbagh prioritised reason over the teachings of the Church and the decrees of the government – making him one of the first true free thinkers. He was arrested on charges of blasphemy and sentenced to 10 years imprisonment in 1668 and died in prison a year later

5 Balthazar Bekker
Bekker (1634-1698) wrote books on theology and philosophy including the controversial 1691 book De Betoverde Weereld  (the world bewitched) that attacked popular belief in witchcraft, sorcery and the existence of the devil.

This book really annoyed the Church who stripped Bekker of his ministry and had him tried for blasphemy.

6 Eduard Douwes Dekker
Dekker (1820-1887) adopted the pen name Multatuli when he wrote his groundbreaking novel Max Havelaar (see 10 great Dutch reads in translation). His novel is based on his personal experiences as a Dutch civil servant working in the then Dutch East Indies.

Crucially Dekker exposes the many abuses apparent in the VOC colonial system. Although attempts were made to suppress this book, it became a bestseller and read throughout Europe. Max Havelaar today is the name for a fair trade organisation founded in the Netherlands.

7 Bernard Delfgaauw
Delfgaauw was a controversial professor of philosophy at the University of Groningen. He gained notoriety for his 1967 comments in which he referred to US President Johnson and his staff members as war criminals for their involvement in the Vietnam War. At the time, it was illegal to make such comments about a friendly head of state.

8 William B Drees
Born in 1954, Dress is the grandson of the Dutch prime minister with the same name and has gained fame in a career that has coupled the seemingly incompatible fields of science and religion. Drees is a professor of philosophy of the humanities in Tilburg, has published eight books including Beyond the Big Bang: Quantum Cosmologies and God (1990), numerous essays and journal articles and is the current editor-in-chief of Zygon, Journal of Religion and Science.

As we said earlier, please send us your suggestions…